I’ve recently taken part in an academic research study looking at life for women in the media. I hesitated before agreeing to take part as I stopped working as a journalist five years ago and now write fiction.

But it got me thinking about what life was like for a young, female journalist in the 70s, 80s and 90s.

As a teenager, I was aware how difficult it was for girls to get into journalism, even so I wrote newspaper reports on events in the village where I lived which I sent off to a local paper. Some of them were published and the thrill of seeing my work in print drove me on.

But my school careers adviser – a (male) geography teacher – said ‘nice’ girls from Harrogate didn’t go in for newspaper reporting and how did I feel about being a teacher instead?

Pathetically, because I knew it wasn’t for me, I followed a friend to teacher training college, but did a runner after two semesters.

There followed a couple of years where I temped in offices, factories and hotels, all the while writing articles, and sending off newspaper job applications. 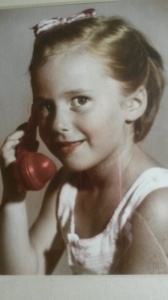 Hello… can I speak to the editor?

I knew nothing about the National Council for the Training of Journalists, which might have made my attempts at getting trained and finding a job easier. Instead I visited as many newspaper offices as I could, knocking on the editor’s door and asking for help. Not one of them turned me away even though I didn’t have an appointment (they were different days). Instead they offered practical advice on how to become better informed; which newspapers to read and which journalists to follow; and where to look for job vacancies.

By then, I was having some success writing for teenage magazines and, clutching my cuttings book, I eventually went for an interview with a weekly paper. They wanted a trained reporter, but I secretly think it was my article in Cosmopolitan that persuaded them I was the girl for the job.

I spent four years there, being trained in every aspect of journalism by guys who’d been doing the job for years. I say ‘guys’ because men were in the majority; there were only three female reporters and it was one of them who gave me the hardest time. I think she relished being a ‘female in a male profession’ and resented other women doing the same job. She ignored me or was rude when I wanted help, for example, if I asked something like, ‘Do you know where the crown court is?’ she’d reply: ‘Yes…’ and walk out of the room. 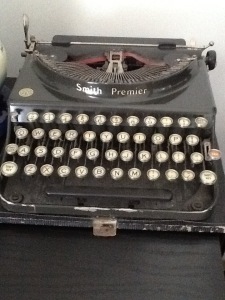 We worked on typewriters: no computers or internet

Oddly, it was another woman who gave me grief when I moved to another paper as news editor. She refused to meet any deadlines that I set despite having done so for the previous incumbent (a man). She found it hard working with me as she couldn’t respect me, she said. Respect had to be earned and I would never earn it from her!

There was something similar from a male colleague who said he’d loved his job until I came along – and now he hated it. What he hated was being given reports to do by a woman; it demeaned him.

The #MeToo moments were classics of their day (the 70s and 80s):

To today’s generation of feisty young women, it might seem outrageous that this sort of thing happened and we put up with it. But what should we have done? Complain to the editor who simply didn’t want to know? ‘Sort it out yourself,’ he’d say.

Complain to human resources? They were called Personnel in my day and dealt only with matters to do with wages and pensions.

Tell the men to ‘Fuck Off’? They’d make mincemeat of you if you tried to stand up to them; don’t forget, they were in the majority and a woman would be mocked solidly for not being able to take ‘a joke’ about what they saw as innocent teasing.

I believe journalism was rougher then and as a reporter you were expected to be tough: going into places and situations that were tricky, if not dangerous; not crying at the inquest of a small child, for instance, or showing emotion at the site of a fatal road accident.

There seemed to be an unwritten rule that women had to be as tough as the men. And unless a woman was prepared to put on a brave exterior, she’d be consigned to reporting parish pump and flower shows for ever more.

The research I’ve recently take part in asked about work-life balance and I laughed. In my early days as a reporter, it was instilled in me that work – the news – came first and I had to drop whatever I was doing if a big story broke.

I loved that ethos; it was exciting and I wanted to be at the centre of it. But I wasn’t married and didn’t have children, so it didn’t matter to anyone if I worked through the night or at weekends.

I feel more pride than shame or embarrassment for some of the situations I had to put up with. In fact, until the #MeToo movement broke along with increasing rows about gender pay inequalities, I’d hardly thought about how difficult it had been for many women in the newspaper world.

I – like a lot of other women – used to shrug and say that’s how it was; it was a cultural ‘thing’ and we simply got on with it.

I’ve made it sound bleak, but, believe it or not, newspaper reporting in that era was some of the best of times.

We got to cover some amazing stories and events, and – on the whole – work with some incredibly talented people who were fair, friendly and fun.

The only thing we had to remember was to stay strong and not let the occasional bastard grind us down.

1 thought on “Viewpoint: life for women in the print media had its #MeToo moments too”