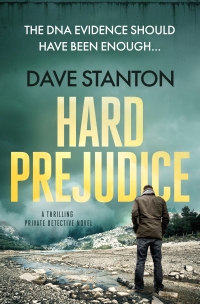 This is a satisfyingly macho action thriller that’s not for the faint-hearted.

Reno, and his sidekick, ex-cop Cody, don’t believe in a softly-softly approach when it comes to dealing with the bad guys.

And, though, Reno, at least, sometimes suffers night terrors, in the light of day, he says, ‘the remorse lurking in my subconscious is gone, replaced by the cold hard logic that I’d killed men who were trying to murder both Cody and me’.

Yes, he concedes, after a particularly bloody shoot-out in which he singlehandedly takes out six men, he could have given some of them a chance to surrender.

After DNA evidence disappears from a police locker, a man accused of brutally raping the daughter of a popular actor walks free.

Private detective Dan Reno’s is hired by the actor to find out who took the DNA and why?

The job seems simple enough: but neither Reno, nor the South Lake Tahoe police, nor anyone else, has any idea why someone is so keen to ensure rapist Duante Tucker gets away with the crime.

Not even Reno’s best friend, fellow investigator Cody Gibbons, has a clue.

When Reno and Gibbons tail Tucker, they learn he’s linked to various criminals and a deserter from the U.S. Marine Corps.

But they still can’t tell who would want him set free, and for what reason.
Things get murkier when Tucker visits an Arabic restaurant whose owners are suspected terrorists.

Then Cody’s ex-boss, a San Jose police captain, is found to have links to Tucker’s sister.

The clues continue to build until Reno and Cody find themselves targeted, which tells Reno he’s getting close.

The forces of evil are running out of time, and the action reaches boiling point,before an explosive conclusion that reveals a sinister plot and motivations Reno could never have imagined.

But ‘following that tactic would have surely increased my chances of getting shot, and that was a risk I was unwilling to take’.

In fact, in some ways Reno personifies everything that is both wonderful and flawed about the American dream – a dream, which Reno observes ‘is alive and well and immune to the crime and violence that plagues other countries or other cities, or just simply other nameless people’.

It’s a sentiment that Reno articulates more than once and it’s this self-awareness about his city and his country that distinguishes Stanton from many other thriller writers.

This is my first Dan Reno adventure – I’m interested to explore the back catalogue and find out what shaped this flawed, but very human character.

1 thought on “Review: A macho action thriller from Dave Stanton, author of the Dan Reno series”