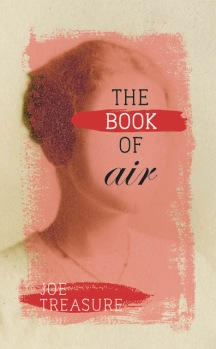 It’s a long time ago but I can’t now remember whether I met Jane Eyre before or after being introduced to Lizzie Bennett.

One thing’s for sure though: both were the first book women of my acquaintance who considered themselves the equal of any man.

In fact, both thought themselves far superior to some of the men they knew.

Even on the cusp of the 70s that was a revolutionary idea so goodness knows what the 19th century reader must have thought.

But, both Jane and Lizzie inspired me to believe that, while it was good to love and be loved, my hopes and ambitions were as valid, and as valuable, as those of the boys who weren’t in my class at my all girls’ convent school.

And Jane, in particular, encouraged me to think that as a woman I could decide my own destiny.

So, no doubt, Charlotte Bronte, who wrote Jane Eyre, would be spinning in her grave if she thought her novel would be the foundation for a patriarchal hierarchy confining women to home and hearth.

But, that’s one of the central premises of Joe Treasure’s gripping dystopian fantasy The Book of Air, in which two parallel stories explore the enduring impulse of humankind to find meaning in a turbulent world.

The story opens with wealthy property developer Jason, fleeing London from a deadly airborne virus, which has already killed his wife Caro.

He heads to his country estate where he is obliged to navigate a new way of life with an itinerant assortment of fellow survivors.

Far in the future, an isolated community of descendants is still farming Jason’s estate.

Amongst their most treasured possessions are a few books, including a copy of Jane Eyre, from which they have constructed their fiercely Puritanical hierarchies, rituals and beliefs.

When 15-year-old Agnes begins to record the events of her life, she has no idea what consequences will follow.

Locked away for her transgressions, she escapes to the urban ruins and a kind of freedom, but must decide where her future lies.

It’s not immediately obvious – or it wasn’t to me – that Agnes is living in the future that Jason and his comrades didn’t always believe would exist.

But that didn’t detract from my enjoyment of a story that puts a new twist on post-apocalyptic themes explored in different ways by both Margaret Attwood and John Wyndham.

Treasure writes with fluency and pace and his characters are flawed and believable.

It’s hard not to empathise with Jason, who still grieving for his lost wife, must make compromises with the gang of travellers who turn up on his doorstep.

And, as for Agnes, who only wants to be free to think her own thoughts and make her own choices…Jane Eyre would have been proud of her.

This is the first time I’ve read anything by Treasure – and what an appropriate name for a writer who has written a book I’ll treasure.

It won’t be the last.