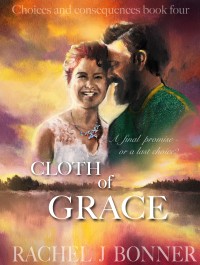 Is there such a thing as a cozy romantic thriller?

Because Weave of Love and Cloth of Grace, books three and four in Rachel Bonner’s Choices and Consequences series, definitely fall into that category.

And, though the coziness might not be to everyone’s taste, others will certainly enjoy a smooth-as-chocolate read.

Both are set in a post-apocalyptic world and chart the struggles of young lovers Leonie and former monk-turned-doctor Perry to use their extra-ordinary mental powers to overcome the traumas of their past and to build a more secure future for themselves and the people they love.

Weave of Love (read my review here) ends with Leonie and Perry hovering on the brink of a decision that will change the lives of not only themselves and their families and friends, but, also tens, hundreds of thousands, millions of people they don’t know.

In Cloth of Grace, the enormity of the choices confronting the pair become clearer. Every path open to Leonie will put Perry under the pressures that caused an earlier breakdown. How can she do what she must, and still protect Perry?

Perry desperately wants to make things easier for Leonie. Somehow he has to find the strength to face the things that all but destroyed him in the past.

But every way he turns, some aspect of his past lies waiting to pounce – even during his happiest moments.

And he can never forget that Leonie’s life is in danger from someone, somewhere.

Meanwhile Perry’s mentor, and Leonie’s adopted father, Lord Gabriel has managed to negotiate a fragile peace and must now reunite Leonie with the family she never knew she had.

Then disaster strikes right in the middle of his own sanctuary.

Can he still protect those he loves, or has he been harbouring a villain the whole time?

As before, Bonner writes with fluency. The pace is steady and the characters sympathetic.

In typical cozy fashion, the action scenes – and the inevitable deaths – are restrained and, though Leonie and Perry are young, and very much in love, sex between them is implied rather than directly described.

No doubt some readers will find it all a bit too cozy, but, hey, sometimes cozy is just what a reader needs.

Available to buy on Amazon, Associates, Other Retailers and Google Play. 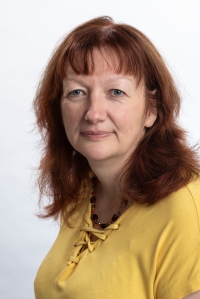 Rachel J Bonner is the author of the four book Choices and Consequences series.

Rachel has a degree in engineering, which she followed with a career in accountancy which is probably not a conventional path to becoming an author, particularly in fantasy or romance.

Rachel says that, although accountancy isn’t anything like as boring as everyone thinks, writing is a lot more fun.

When not writing, she can be found walking in the beautiful countryside near where she lives, which has influenced much of the scenery in her books, or shooting things with her local archery club.

It’s no coincidence her heroine likes the same things.

You can find out more about her books and sign up for Rachel’s newsletters at www.racheljbonner.co.uk.